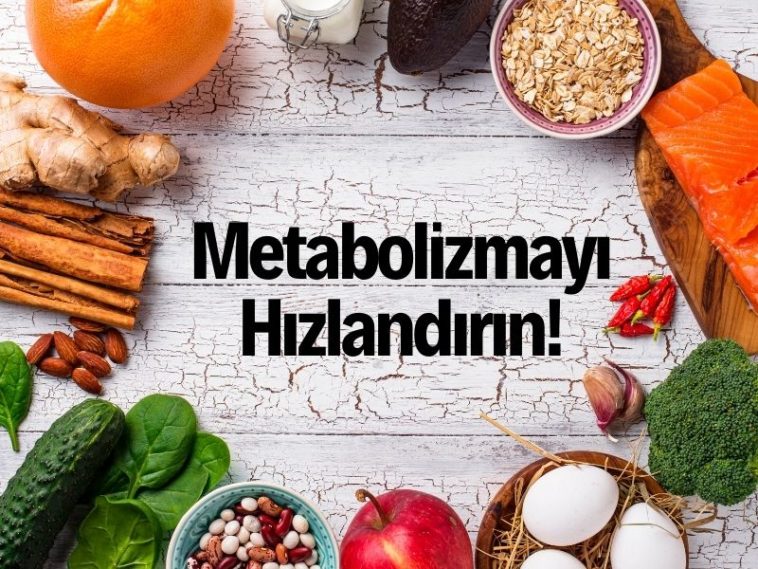 Foods That Speed ​​Up Metabolism

We see many people around us who do not gain weight despite eating and all they say is "My metabolism is fast” is the sentence. So what is metabolism? How does metabolic rate affect weight gain and loss? Metabolism is the name given to all of the chemical events (production-destruction) that will take place throughout life. The rate of realization of the construction-destruction events that occur in our body varies from person to person. For example; Some people eat a lot but do not gain weight. The main reason for this is due to the rapid occurrence of metabolic events in the body. Metabolic rateis the rate at which the body burns the food it takes from the outside and obtains energy. But they are events that take place while resting, not accompanied by any sports. The big secret of people who do not gain weight after eating is that their metabolism is fast. The key to losing weight and losing weight is foods that accelerate metabolism! So what are these foods that speed up metabolism?

Foods That Speed ​​Up Metabolism

Metabolism rate can be increased with food as well as accelerated in different ways. Since the rate of metabolism varies from person to person, first of all, the person needs to get to know his/her own body. We can regulate our metabolic rate by exercising regularly, drinking plenty of water and paying attention to our diet. Here are the foods proven by experts to speed up metabolism:

Hot pepper is a highly preferred spice especially in eastern culture. It has been proven that hot pepper, which can be consumed as a spice or vegetable, increases metabolism by 25%. When we eat hot peppers, we sweat a lot because of the capsaicin substance, which gives the bitterness. Together with the water we lose through sweating, it increases in our destruction. The increase in blood circulation and sweating show us that the metabolic rate increases.

A healthy diet is essential to increase the metabolic rate. In order to achieve this, we should consume foods such as whole grain bread, wheat, oats, brown rice. Whole grain foods lower insulin levels. As it is known, the decrease in insulin level allows weight loss.

You may be interested in: What is Alkaline Nutrition?

When we come to liquid foods, the beverage that accelerates metabolism after water is Green tea. It lowers blood sugar and accelerates fat burning. It also reduces the appearance of cellulite, which most women worry about.

You have heard of cinnamon in many places. When you throw cinnamon bark into the water or use it in food, it causes a very high fat burning. Since it regulates the blood glucose level, it also suppresses the feeling of hunger.